Ford tramples on treaty rights with rushed changes to legislation

All eight Northern NDP MPPs released a letter to Doug Ford calling on him to respond to the concerns of First Nations who have contacted him after he failed to respect treaty rights and rushed changes in Bill 197 that impacts treaty territories without consulting them.

“The government has a legal duty to consult First Nations on any decisions or actions that impact treaty territory,” said Sol Mamakwa, NDP Indigenous Relations and Reconciliation critic. “Doug Ford failed to respect the constitutional right of Indigenous communities to be consulted when he passed laws affecting First Nations without consultations.”

First Nations from across Northern Ontario have expressed their concerns that they were not consulted before legislation that affects treaty territory was passed by the Ford government in June. Doug Ford quietly brought in an order that includes scrapping consultations with Indigenous peoples in Bill 197, an omnibus piece of legislation that Ford hurriedly passed without consulting all impacted First Nations.

“Doug Ford is setting back the clock by excluding Indigenous communities from consultations,” said Mamakwa. “By trampling over First Nation’s treaty rights to consultation, Ford continues to attack the process of reconciliation that was meant to renew the relationship with Indigenous peoples based on respect and partnership.”

Northern New Democrat MPPs are calling on Ford to respond to First Nations who have contacted him about their concerns.

“Ford must stop bulldozing over the rights of First Nations on treaty territory and their right to be consulted,” said Mamakwa. “He needs to respond without delay to all of the First Nations who have reached out to his office with their concerns.” 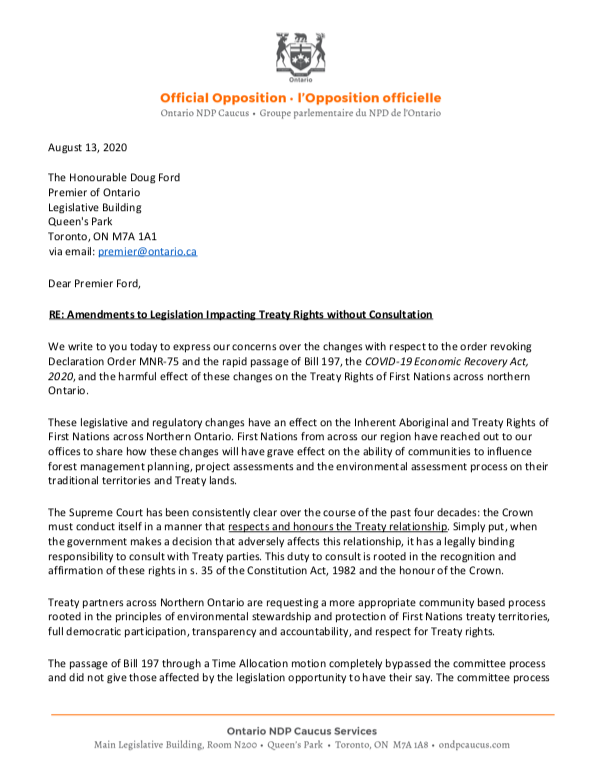 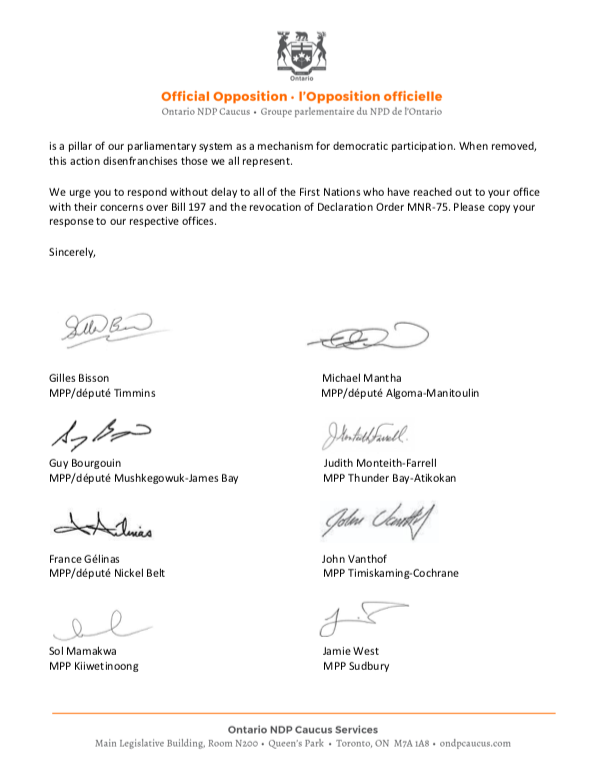 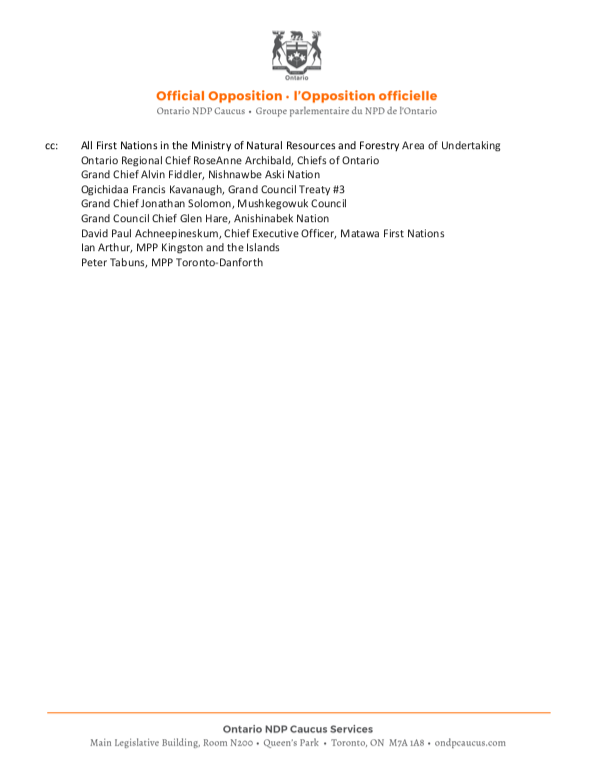